Crews from the Bideford Amateur Athletic Club travelled to Exeter this weekend to take part in the 2015 City of Exeter Regatta. Good conditions welcomed the crews for the 400m sprint course.

The club had a very successful day notching up four wins and some pretty impressive performances.

The first win of the day for the Blues was by the men’s master’s fours crew consisting of Colin Pennington, Steve Clements, Nigel Cann, Neil Pennington with cox Chloe Pennington. 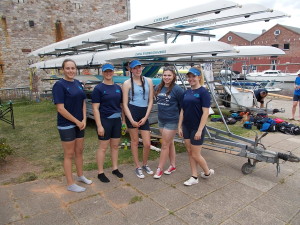