Wimbleball Lake was the venue for this week’s regatta. Crews old and new from the Bideford Blues travelled to Exmoor and took part in the 1000m course.

It was a busy day for Declan Monaghan who gained 3rd place in the men’s novice single sculls heat and went on to finish 5th in the final.  On his third race of the day he finished 8th in the under 18 single sculls.

It was the first regatta for new crew of Sam Dolby, Mandy Mills, Shauna Thompson and Christine Michael who put in a very good effort and finished in 6th place in the women’s novice fours, they replaced Christine with Keeley Mills to take part in the women’s senior C race and came a very respectable 4th place.

Club wins came from Kirsty Snow, Charlotte Berry, Shelby May, Shannon Monaghan with cox Colin Pennington in the ladies novice race. Their next race, this time with Tina Robertson coxing the girls, they put on a fantastic performance and won the ladies under 18’s race by three lengths over their nearest opponents Plymouth. 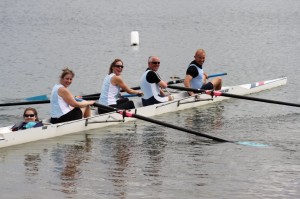 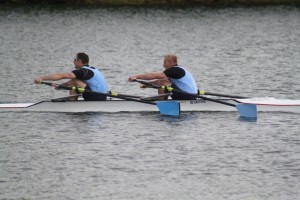